When I reread the post "Direct Debit and Me" I realized that, well, it got a little out of hand. Sorry for that, I tend to go ballistic when it comes to writing.

To compensate for that I'll try not to write that much in this post, but rather put a lot of pictures of my visit to London and the Apple Store. This works very well for me, being that it's almost five minutes before class, jeje. Take in consideration that we had only about eight hours to visit, so don't expect that much detail of the stuff that we saw. I'm definitely visiting London and Liverpool later into the year with more time in my hands.

Ok, first and foremost: the House of Parlament and Big Ben (which's the name of the bell, not the tower, apparently), taken from the Eye of London's point of view: 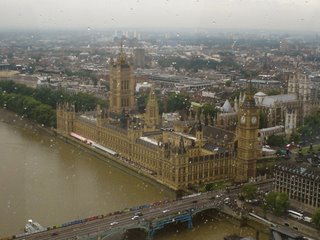 We then went to Buckingham Palace. These are the gates of one of the Royal Parks which are exactly in front to the left of the palace: 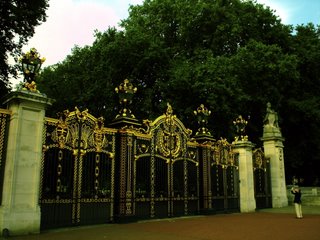 The Buckingham Palace itself (I loved the sky that day): 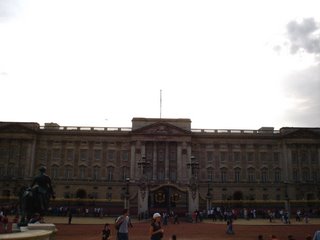 The Victoria Memorial (in memory of Queen Victoria, who reigned the longest any other monarch has in U.K.'s history, 63 years... and we thought Porfirio Diaz had a long run): 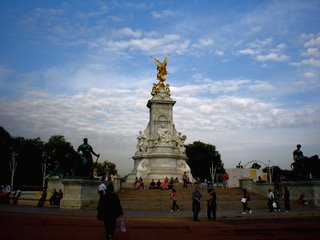 Next, whilst trying to find one of those famous red buses to continue on our journey, we encountered this statue that some mistake as a statue in honor of Napoleon (yeah, that Napoleon) but rather it's actually in honor of the british admiral that beat him during the Battle of Trafalgar, Admiral Lord Nelson (actually, the place in which this statue is located is called Trafalgar Square): 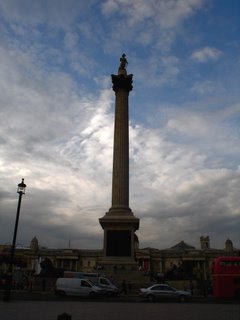 During the bus ride, I finally got to see one of the three things I wanted to see in this London's visit; one being the House of Parlament, the second being the Apple Store, (which's coming, I promise), and the third being the St. Paul's Cathedral. I don't know why it just me drew me to it: 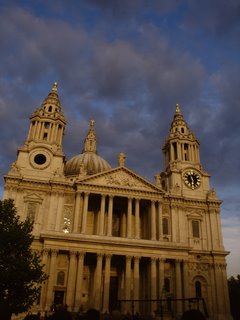 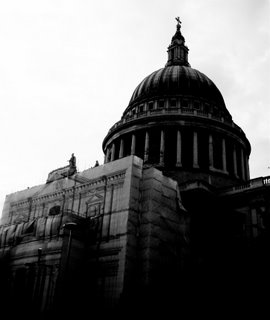 When we went through Regent Street, we hoped off to eat, I crossed the street carefully as noted here (hilarious, isn't it?): 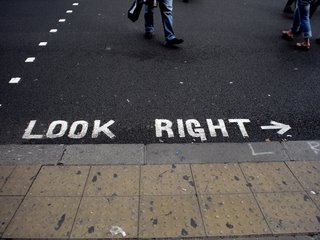 I quickly went into the Apple Store, in which I bought an automatic light for my iSight (yeah, I'm a Mac fan, I had to buy something, jeje): 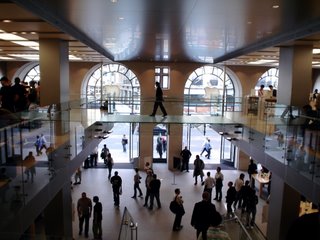 And to finish off, we had to have the stereotipycal scottish (not british) bagpipe player doing Classic Lullaby in D Major to an infant wishing for £1 from his mum (cool guy, though, and he really played well): 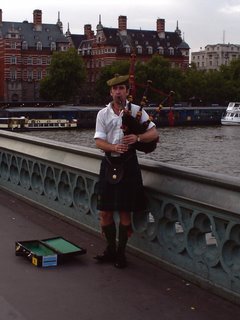 That's it! I promise I'll visit again with more in-depth pictures of the House of Parlament and of the fourth thing I wanted to see but didn't in this visit: Old Bailey, for all the V for Vendetta fans out there (yeah, Hugo, this means you).